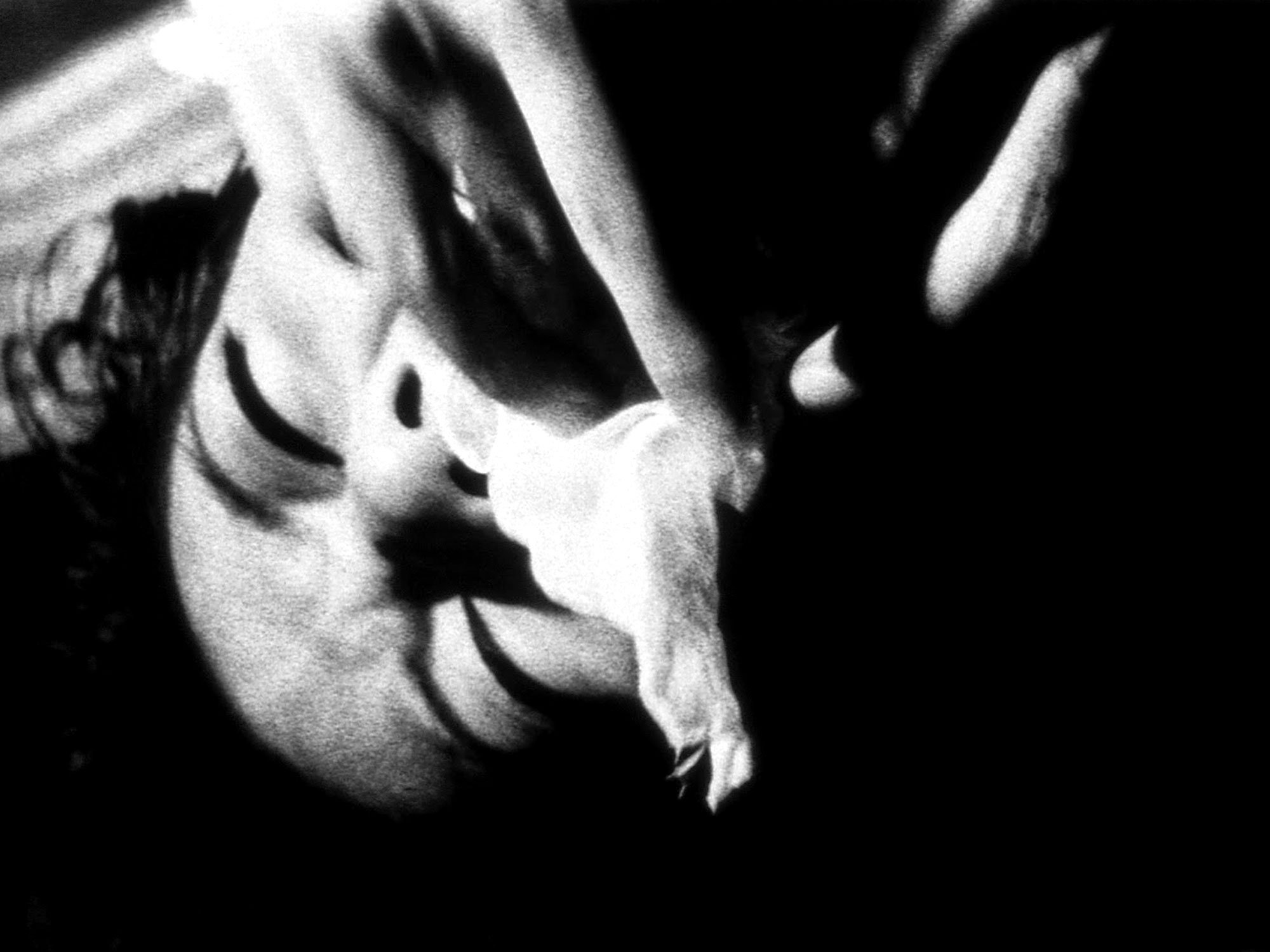 Atsushi Yamatoya previously co-directed the pink film Season of Betrayal with Koji Wakamatsu, but his first feature as solo director, originally released under the title Kyōfu Ningyō (or Horror Doll), was quickly renamed Kôya no Dacchi waifu, translated as Inflatable Sex Doll of the Wasteland, Dutch Wife in the Desert or any number of minor variants.

This is an enigmatic and paradoxical title, perhaps capturing something of the film’s hybrid, even contradictory nature. For while the reference to a sex doll in the title’s first half seems to be advertising precisely the sort of objectifying titillation that the audience for a pink film might reasonably be expecting, the second half promises something more arid, existential and alienating.

In fact, though peppered with scenes of (mostly rough) sex, and with female and male nudity that – in accordance with Japanese convention – excludes any depiction of reproductive organs, Inflatable Sex Doll of the Wasteland opens in a wasteland, first shot wide from a high angle, where a taxi drops off Sho (Yuichi Minato) so that he can meet the estate agent Naka (Seigi Nogami) and demonstrate his prowess with guns.

Six months earlier, some rape-happy thugs had kidnapped Naka’s girlfriend Sae (Noriko Tatsumi, the first “queen” of pink film), and they continue to taunt him with film reels and phone calls of their abuse. So now Naka hires the sharp-shooting Sho to kill the abductors and get Sae back.

Meanwhile, Sho is haunted by the memory of his own girlfriend Rie (Mari Nagise), raped and murdered five years ago by his former “buddy” Ko (Shohei Yamamoto). He plans to take out the gang of kidnappers while at last wreaking simultaneous revenge on knife-wielding nemesis Ko. Yet in a town full of show-room dummies, sex dolls and honey traps, where artifice and perfidy are everywhere, is Sho’s rampage of vengeance real, or just a rampant male fantasy?

“I can’t see anything,” Sho complains of the film that Naka shows him of Sao being raped by her captors. That film, depicting (but only barely depicting) sex in the most softcore of fashions, is a mise en abyme of the pink film that we are watching. And Sho’s complaint about the difficulty of seeing any of the ‘action’ clearly reflects upon the kind of censorship that was standardly applied to such films in Japan.

Our own viewing of this film is complicated by its internal viewers. For not only is Naka showing Sho the film as evidence of a crime rather than as a stag reel, but Naka is also visibly present in the film, tied to a chair and forced by the gang to watch what they are doing to his girlfriend. “They kept playing with her in front of me and recorded everything,” he says, distraught, by way of explanation to Sho, “I’ve played the film hundreds of times so maybe it’s all scratched.”

This admission comes with an awkward ambiguity as to whether Naka’s voyeuristic obsession with the film is mere prurience (like the viewer’s), or a more genuine concern for Sae. Further modulating and discomfiting our own viewership is the presence, behind Naka and Sho, of Sae’s own father, who is all at once traumatised, medicated parent and dirty old man, chuckling creepily as the film goes on and taking bizarre solace for his daughter’s absence in, of all things, a singing sex doll.

All this serves to place the more pornographic elements of Yamatoya’s feature in a context that makes their ‘sexiness’ as problematic for the viewer as possible. Conversely the film’s vengeance plot and violent gunplay is constantly sexualised, with Sho’s .38 Calibre revolvers and ‘dumdum’ bullets expressly invested with phallic/erotic associations during his long scene in a hotel room with the prostitute Mina (Miki Watari).

Here the drives to fuck and to kill are shown to be two sides of the same coin. Sex and violence always sell in the cinema, of course, but their coupling is seldom presented with such uneasy introspection as a brand of expressly deluded male wish fulfilment.

“You been sleeping?”, Naka had asked Sho earlier. “Wake up, open your eyes,” Sho will say the unconscious Rie, lying as limp and lifeless as a doll. “I’ve dreamed this day for five years,” Sho informs Ku in their final showdown. Indeed there is an oneiric quality to Inflatable Sex Doll of the Wasteland, as the revenge scenario of its second half plays out with all the irrationality of a dream.

By the end, these echoing events, blurring identities and looping trajectories are exposed as errant masculine drives caught in an endless circularity, and we can at last see the wood for the trees. It should come as no surprise that Yamatoya, directing from his own script here, had previously helped write Seijun Suzuki’s similarly surreal and abstract take on hitmen, Branded to Kill, a film which Yamatoya would himself later extravagantly reimagine in pink as Trapped in Lust.

Jazz pianist Yosuke Yamashita’s discordant score and editor Shogo Sakurai’s wild leaps between different times and realities all add to the disorienting impact of a filmic world where everything is off kilter and nightmarish, and where a hero’s violent rampage is less a direct pursuit of justice than a short-lived attempt to escape his own failure and impotence.

“Time to wake up.” Sho says near the end of Inflatable Sex Doll of the Wasteland, little realising, until it is too late, that he himself is merely daydreaming his way through an ego trip decorated with the showroom dummies of his fragmenting imagination. As such, this is a film that constantly deconstructs its own furnishings, revealing the outer limits of Japan’s pink cinema.

The post Is this the pinnacle of Japanese pink cinema? appeared first on Little White Lies.