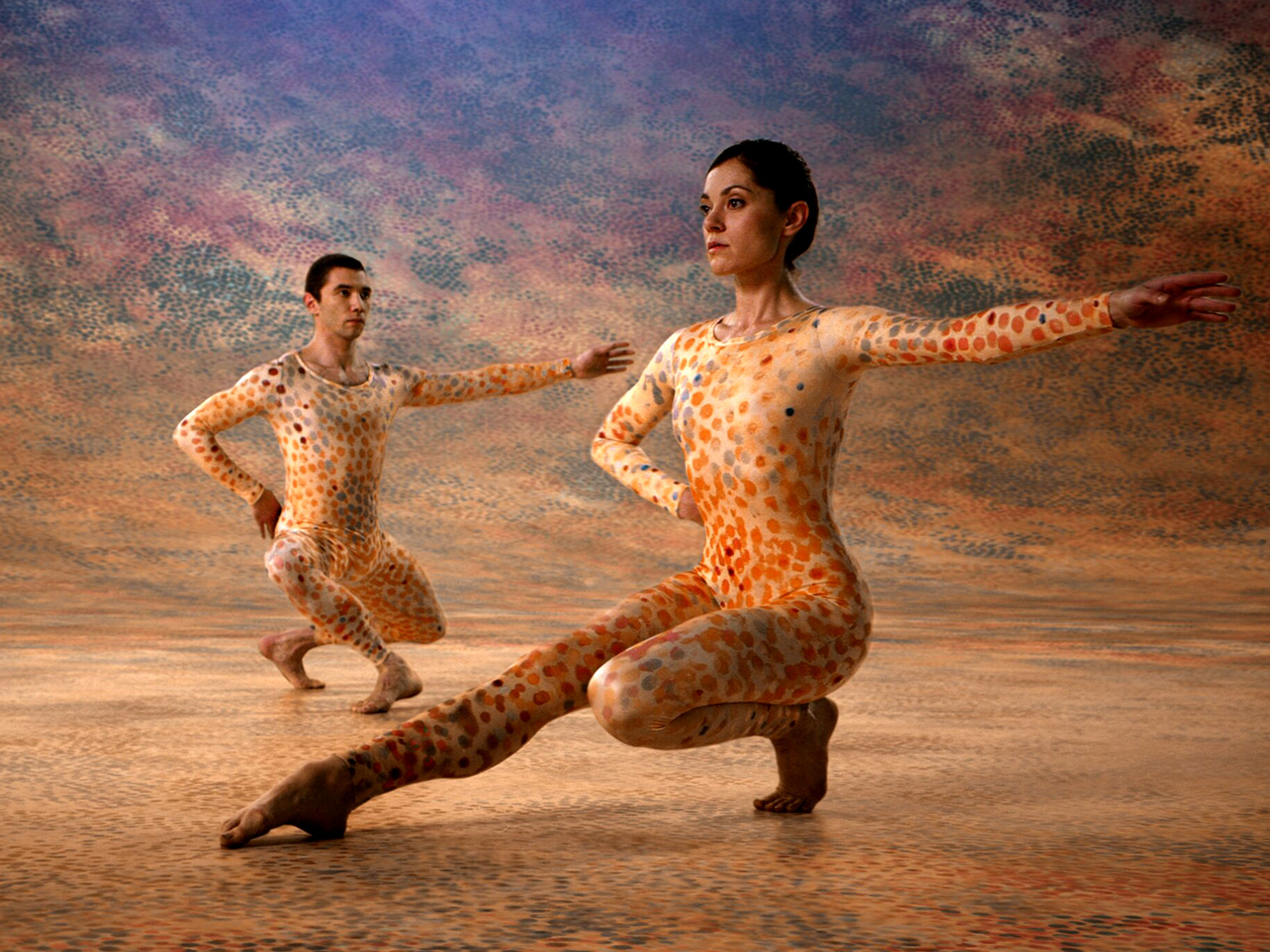 Were you to try and place dance on the spectrum of modern arts, you might think it would sit closest to theatre, possibly of the more experimental variety, with music just a little further over on the other side. In the case of vaunted choreographer Merce Cunningham, who devised some 180 routines in his 90 year lifespan, his work perhaps exists in that strange space between music and abstract visual art.

He seemed less interested in such dance staples as rhythm, emotion and conventional cohesion than he was creating spectacles which acted as a showcase for both the body and the space the body inhabits. His collaborators included Robert Rauschenberg, Andy Warhol and Jasper Johns, with audio accompaniment from his partner, John Cage. The malleability and physical potential of the human form remain at the core of his project, and this can be viewed and understood in Alla Kovgan’s informative 3D documentary which skips through Cunningham’s career.

In between the archive footage and recordings of an interview with Merce himself (focused on picking apart the intellectual and philosophical aspects of the dances rather than delivering titbits from his personal life), we also get to see modern interpretations of various “events” filmed for gimmicky 3D effect. It’s an intriguing concept for a documentary, especially in the way it emphasises how a choreographer’s work is entrusted entirely to the dancer and thus changes as it is reinterpreted and reframed in different ways and by different bodies. Yet for an artist who was so immersed in the possibilities of human movement, some of the creative decisions here seem wildly out of synch with that essential impulse.

The dance sequences are often filmed with an intrusive, roving camera which applies a wandering, subjective focus, often leaving dancers out of the frame, or occasionally key parts of their body as well. In one sequence, a dancer is filmed from the torso up and we are left with the audio of the movements being made by her feet, which is a tad infuriating. Elsewhere, the archive footage is deployed in a frame and is overlaid with text, photos and graphics. Here, the dancers are framed correctly, but are too small to amply appreciate.

The artist Tacita Dean made an extraordinary documentary in 2009 called Craneway Event which, without any kind of voiceover or crass stylistic interference, captured a wheelchair-bound Cunningham at the end of his life and in the messy jaws of creation. Cunningham is a light starter, whereas Craneway Event is a hearty main course.