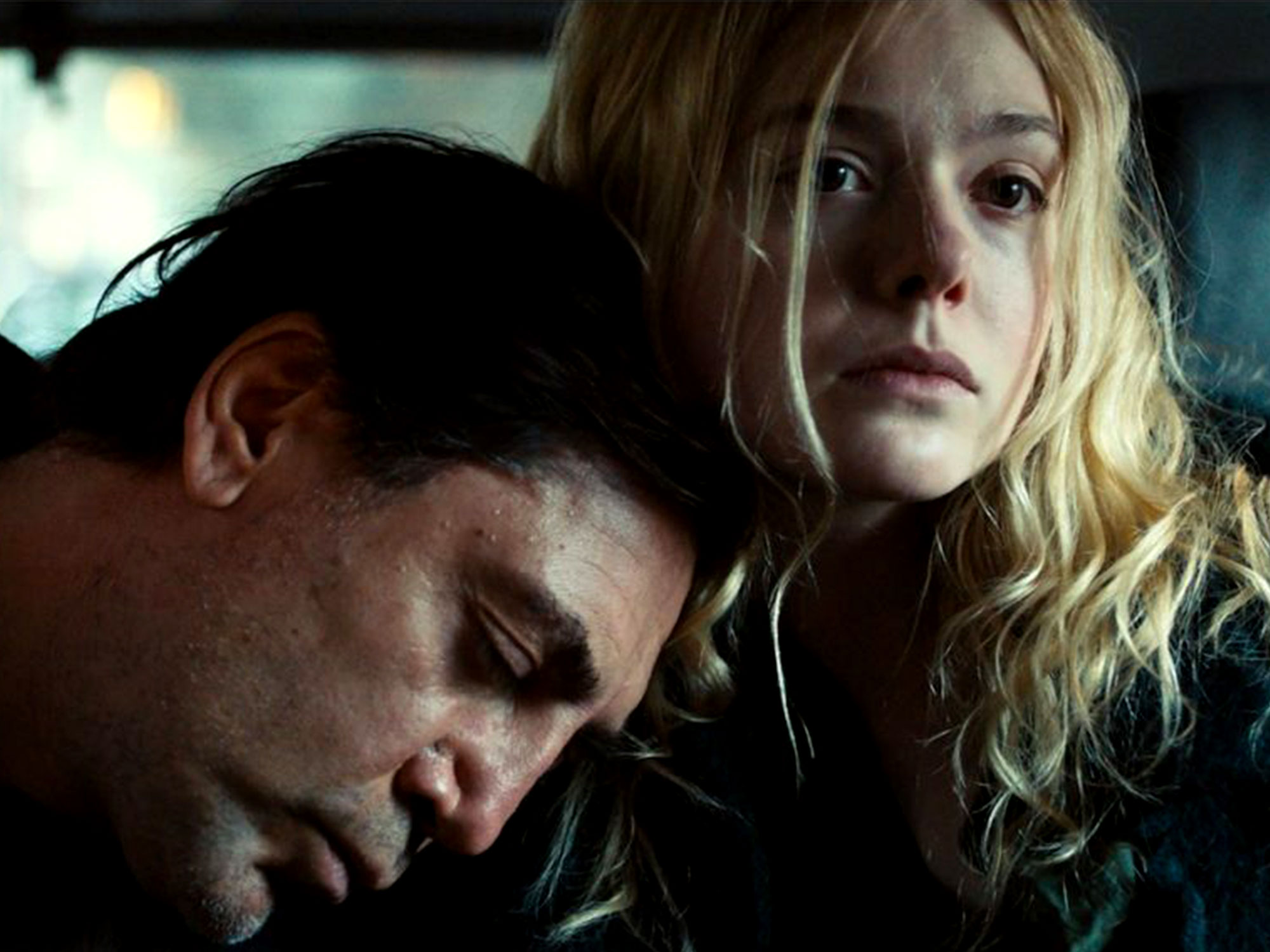 Prostrate and with eyes wide open, Leo (Javier Bardem) lies on the bed in his dilapidated New York City apartment. Trains rumble past his window, cutting through the inner-city thrum. Leo ignores a door buzzer and the persistent trill of a telephone. His daughter Molly (Elle Fanning) bursts into the apartment in a state of panic. It quickly becomes clear that Leo is not well, though we never find out what is it that is ailing him.

The last time Sally Potter had a film in competition at the Berlin Film Festival, 2017’s The Party, she walked away with the Guild Film Prize. Don’t expect a similar outcome from her 16th feature though – The Roads Not Taken is a flat, faint whimper of a film that paws desperately at profundity but falls some way short.

Across a single day, Molly drags her father to a series of appointments. A trip to the dentist and an optometrist are mundane rituals which Leo appears utterly confused by. Slack-jawed and stooped, this one-time writer is now unable to dress himself or articulate his thoughts. He merely shuffles along, lost in the fog of his memories. It’s from his addled state of mind that new shapes form: he skips over his time with his ex-wife, Rita (Laura Linney); his first love, Dolores (Salma Hayek) – a relationship he once regarded as a “co-dependent disaster”; and to a solo trip he took to Greece, where he intended to finish a novel.

But what of Leo’s present state? Has emotional trauma rendered him without capacity? Is this dementia? The result of a head injury? The only clue provided by Potter – “frontal lobe atrophy” – is unsatisfying. Leo’s indecipherable mumblings stretch to the word ‘Nestor’, which becomes Potter’s very own ‘Rosebud’. This is one cinematic jigsaw that will test your patience to breaking point, as the director conceals her cards for too long, leaving the viewer locked out in the freezing cold.

The appearance of Linney at least injects a shot of energy into proceedings, but her presence is fleeting. Bardem, so often captivating, is guilty of flame-frying his performance to a cinder. Elsewhere, Fanning manages well enough in a one-note role, while Hayek makes a decent fist of her limited time on screen.

Potter’s ambitious film may sound intriguing on paper – after all, we all affected to some degree by the events of our past – but the execution is sorely lacking. Although she gathers up some of her scattered narrative sticks come the closing moments, it’s sadly a question of too little, too late. The Roads Not Taken may deal in hallucinations, but it’s certainly not the stuff of dreams.