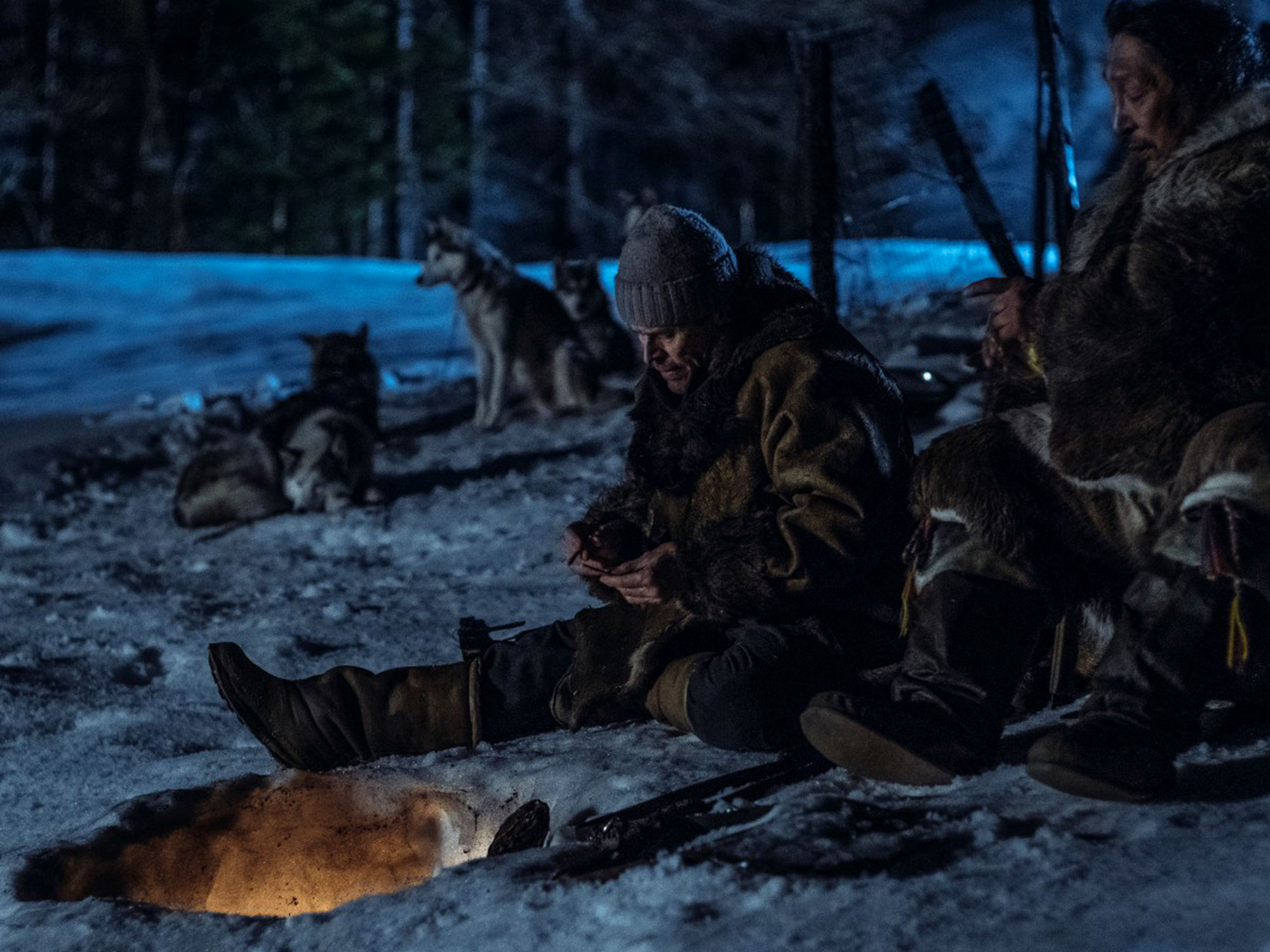 ‘Runaway’ by Del Shannon will never be the same once you’ve seen Willem Dafoe skipping around a maypole to it on a bright summer’s day. This vision is a flash of brightness in Siberia, Abel Ferrara’s punishing, fragmented onslaught of Nietzschean bleakness. If the previous sentence reads as heavy and tortured then it accurately conveys the ambience of a film that often feels like an endurance test.

The story, insofar as there is one, revolves around Clint (Willem Dafoe) having visions and dreaming of different episodes from his past while self-exiled to a cave in a snow-covered land. These visions and dreams unfold in no particular order, and involve a layering of timelines. Present-day Clint hears meaningful sounds as he travels on a sled pulled by huskies; sound which belongs to the next scene, which belongs to the past.

Initially, it’s impossible to separate the memories from the visions, or to connect them to the shape or substance of a real life. Out of nowhere emerge sequences that are by turns blasphemous, base and downright strange: a naked female dwarf in a wheelchair repeating the line “I just want to sing and dance”; a Russian lady who comes to Clint’s bar with her grandmother and, after one shot of vodka, strips to reveal that she is heavily pregnant.

The pacing is ponderous and characters are constantly on the verge of being swallowed by darkness. The space they inhabit is a small, shadowy bubble within a vast white landscape. Ferrara often turns to drone shots to capture the enormity of a mountain range dotted with fir trees.

Clint speaks in fragments of dense existential voiceover which expose a soul fighting to redeem itself. What kind of a life has brought him to this point? Did something truly awful drive him to live in a cave alone? Or is he just a sensitive dude prone to being exceptionally hard on himself? Ferrara is in no hurry to feed us an answer. So we go on voyages to meet – or remember – more folks, most of whom are exceptionally serious, fire-and-brimstone types, including several practitioners of the black arts.

The mid section of the film is truly maddening; a soup of barely-connected, foreboding images. Clint’s mother, father and even his boyhood self flash up as characterless wraiths. Ferrara makes approximately zero concessions towards narrative clarity, calling to mind Carl Jung’s ‘The Red Book’ in substance and Lars von Trier’s Antichrist in tone. One character recites a speech from ‘Thus Spake Zarathustra’ by Friedrich Nietzsche, a philosopher famed for the line, “If you stare into the abyss, the abyss stares back.” Siberia is The Abyss Stares Back: The Movie.

Finally, an ex-wife is generously thrown into the mix. Yet Clint’s ills, once they are laid bare, are too pedestrian for the outsize destiny he has fashioned for himself. The punishment doesn’t fit the crime, just as the visions don’t fit the character. In fact: nothing fits. Dafoe gives his all but is overshadowed by his puppet master. Cinematographer Stefano Falivene’s images are stunning but discordant, as they have clearly been crafted in pursuit of a language known only to the dreamer-director.