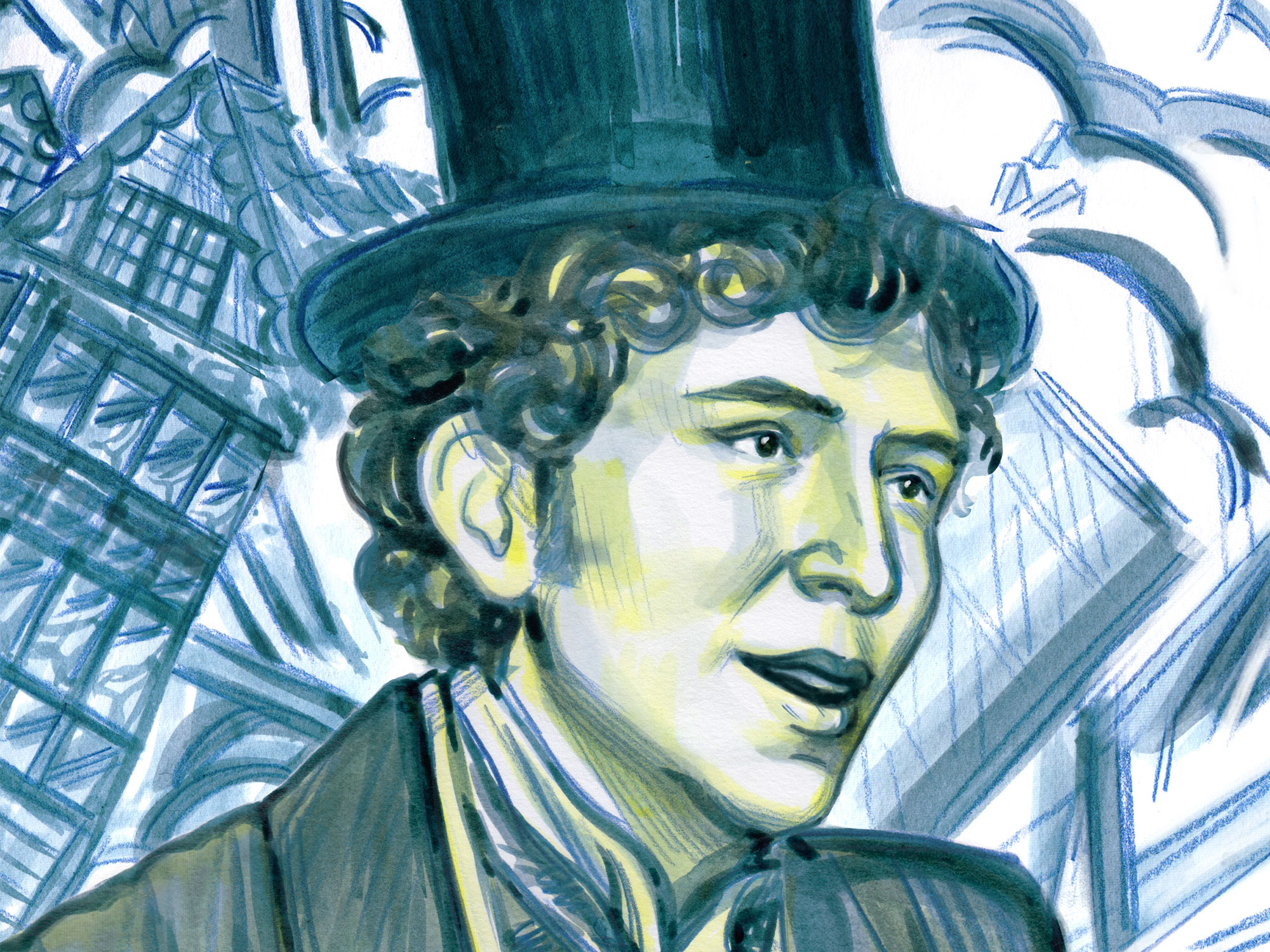 To an audience of a certain age, Dev Patel is best known as Anwar, the sex-obsessed teenager from Channel 4’s 2007 comedy-drama series, Skins. In the 12 years since, he’s carved out an impressive career in film, rising to international acclaim with lead roles in Danny Boyle’s Slumdog Millionaire and Garth Davis’ Lion.

He was Armando Iannucci’s first choice for the lead in his passion project adaptation of Charles Dickens’ ‘David Copperfield’, and with good reason. Patel delivers a fine turn as the perpetually earnest young man about town struggling to find his way in the world – though at first he thought it was a rather different story…

LWLies: What was your knowledge of the source material before you came on board?

Patel: I was the guy that thought this was going to be about David Copperfield the illusionist. My agents sent me an email saying ‘Do you want to meet Armando Iannucci? He’s making a movie about David Copperfield and he wants you to play David.’ I was like, ‘Wow, that’s so cool – is he sure?’ I thought, ‘Well, I kind of do look like David if I cut my hair – I’ve got the long face and a black t-shirt,’ so kind of went down that route. I even got my acceptance speech ready. [Laughs] Big mistake.

So once you’d realised it was Dickens’ Copperfield, rather than the magician, what was it about the story that resonated with you?

I read the script and I was like… god, it’s me. It sounds like me. It’s this awkward individual trying to come to terms with his identity and fit in, and he feels like a fish out of water. The story is so much about embracing your heritage and where you’re from, and how that can be your strength. For so much of the film, David shuns where he came from, and he’s afraid of people finding out. But when he embraces his story and his struggle, that’s when he starts to find success and this sense of humility.

Do you feel the politics of ‘David Copperfield’ are still relevant to contemporary society?

Yeah, I mean, things haven’t changed. We still need these stories of togetherness and of the underdogs – the masses, you could say – sticking together. Dickens’ universe shows the rich and the powerful abusing their privilege over the majority, much like some politicians. There are these stories in society and it’s always going to be relevant, unfortunately. I was making a film in India while I was reading the Copperfield script, and that’s a land of Dickens too. You see the same class struggle.

It feels like you play underdog characters with quite a lot of obstacles to overcome in a lot of your films.

I guess. Isn’t that every hero journey in a movie?  Even in something like The Wolf of Wall Street, someone who’s really obnoxious, in a way he starts off as an underdog. I don’t feel like an underdog, but I feel like an imposter a lot of the time. I can relate to the general awkwardness.

Do you think it’s also because you didn’t come up through the system of stage school and professional training, like a lot of actors?

Completely. I felt that in the rehearsals for David Copperfield all the time, watching these amazing actors coming in one by one for these intense workshops. They were all so impressive and I was thinking, ‘Oh god, what am I doing headlining this thing? They’re gonna find out I’m a fraud. This is it, this is it for me.’ But it was quite the contrary – it was just like in the film.

It’s the people around David that give him strength, as well as the stories he writes. That was the case with this. I remember something Peter Capaldi did quite early on in the rehearsal process. I was sitting there in a kind of drained panic, with so much anxiety about wrecking this whole film, and he took me outside and we had this beautiful chat. He said, ‘Armando is my friend, but I’m doing this because you’re in it. Just open your heart and go with it.’ He’s got such a generous spirit.

What sort of films did you grow up watching?

I grew up on a diet of Jim Carrey, Rowan Atkinson, Schwarzenegger and Bruce Lee. Very protein-heavy I would say. But right now I’m going through this Korean cinema phase. I actually changed my flight at the Toronto Film Festival so I could watch Parasite. That’s how much I love Bong Joon-ho. I met him in the lobby of a hotel and I ran up and did that fanboy thing of just screaming his IMDb credits at him. I was like, ‘Oh my god, Memories of Murder! The Host! That was really good – Mother, that was fantastic too!’ And he was like, ‘Okay, okay, I did that, yes I did that.’

You’re working on your own directorial debut now. What have you learnt from your experiences working with filmmakers like Danny Boyle and Michael Winterbottom?

The biggest thing I’ve noticed is that they’re all just really bold. And they’re all still curious. That’s what I’ve taken from them all. I’ve just finished filming with David Lowery; we were in Ireland up a mountain just getting battered by the rain, then I was in a water tank for the whole day. These guys create their own amazing universes and it’s that toeing the line between something that’s so bizarre it could fail or it’ll be totally groundbreaking. They are all risk-takers, who march to the beat of their own drum. Sometimes I get riddled with so much doubt and think I’m not good enough, so it’s not letting that stop me. Looking for that adrenaline rush.